The Top 3 Takeaways from Lighthouse with Mesosphere 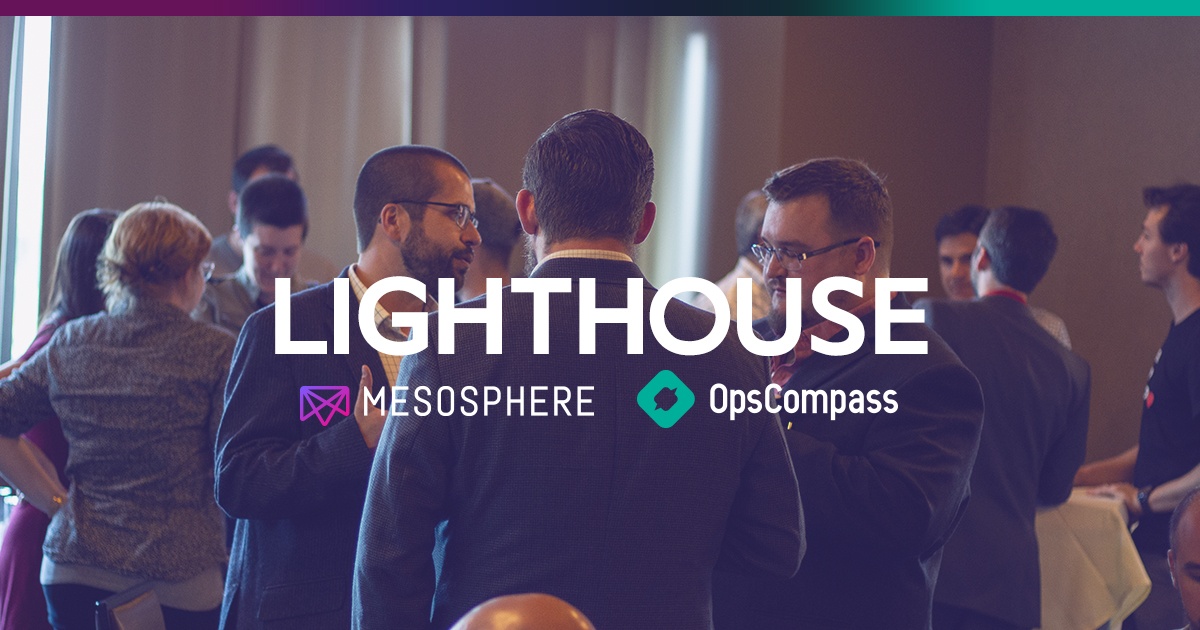 As a company with a SaaS product in a complex and quickly evolving space like public cloud, it's really important that we educate our customers to help them keep up with the pace of change and make strong strategic technology decisions as cloud becomes more central to business strategy and decision making. One of the most effective ways we do this is through our quarterly live event series called Lighthouse.

Our goal with Lighthouse has always been to give business leaders exposure to each other as well as a diverse mix of industry experts, to share ideas and gain actionable insights, and ultimately showcase leading technology that's cast in business terms. Past Lighthouse's have featured wide ranging talks and demo's from a variety of domains such as academia, digital strategy, cyber security, healthcare, financial technology, and startups. Setting aside the fact that just getting the right mix of people into the same room creates a palpable, collaborative energy, the selection of interesting and delicious wine and hors d'oeuvre's is always a crowd favorite.

At our most recent Lighthouse on August 9th, we decided to add a new wrinkle to the event by collaborating with a partner. Mesosphere is one of the fastest growing companies in the U.S. and their flagship product DC/OS is used by countless companies across industries to automate rollout and production operations for containers and data services. Together, we designed a focused agenda with a unique theme, one that's highly relevant in today's business environment and resonates with the very leaders charged with digital transformation. That theme was "Policy Driven Infrastructure for the Modern App".

With software becoming ever more central to day-to-day business in most companies, modern apps are increasingly developed using open source platforms living on public clouds to meet the growing for speed to market and agility. Enterprise policy, governance, and compliance need to be built directly into the infrastructure fabric and not an after thought if you want to have success. With Helm injecting policy and governance directly into the cloud fabric and DC/OS being the premier platform for running next generation apps in any cloud, we were able to show concrete examples of how companies can build modern apps in any cloud and not miss a beat when it comes to policy and compliance.

The downside to live events is that not everyone can be there. So for those that couldn't make it to last week's Lighthouse with Mesosphere, we put together a recap of the top 3 key things you missed if you weren't there. 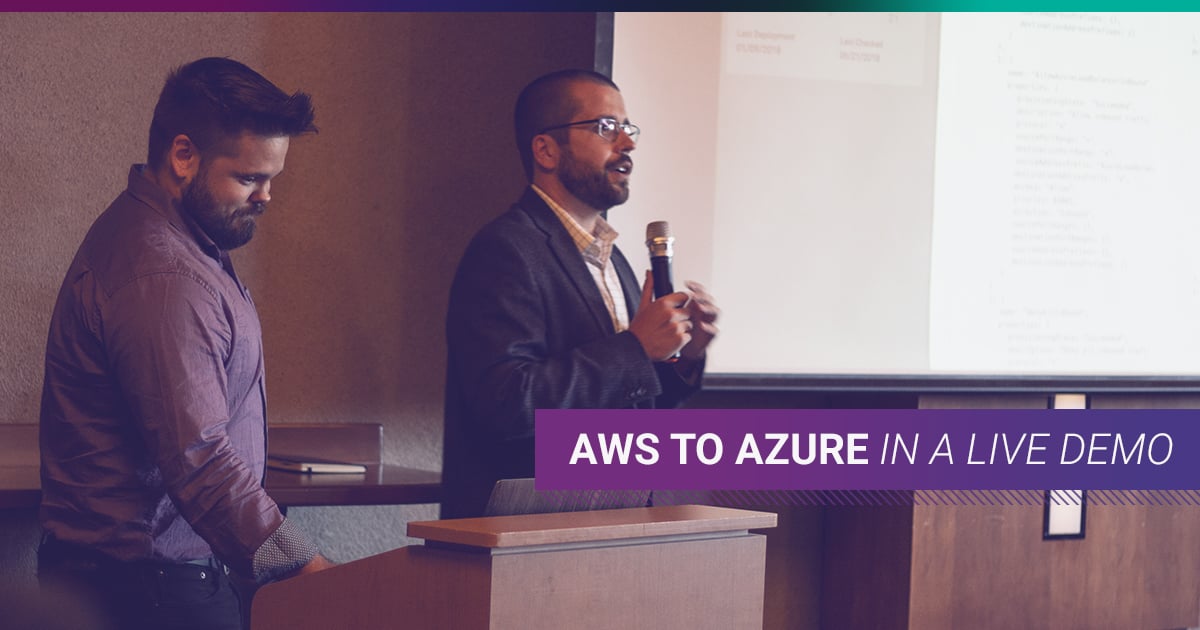 1. Migrating apps between AWS and Azure can be so simple you can even do it in a live demo

Anyone who's ever given live demo's of software knows how treacherous it can be. Anything can go wrong and it usually does! However, there was no such fear at Lighthouse. Our co-founder and CTO John Grange along with Andrew Grzeskowiak from Mesosphere, in front of a crowd, undertook an ambitious demo that pulled no punches in showing -not telling- how easy it is to be policy driven and multi-cloud.

Over a 25 minute demo, they used Helm to provision in just minutes an enterprise hub-and-spoke cloud network infrastructure with a VPN back to on-prem; then they used Helm to deploy a hardened, compliant DC/OS cluster into one of the network spoke's; and finally Andrew defied the demo gods and live migrated an app from DC/OS in AWS to the cluster we deployed in Azure. Policies, governance and security was built right into the cloud fabric and, more importantly, we showed that you can be truly multi-cloud without sacrificing your processes. 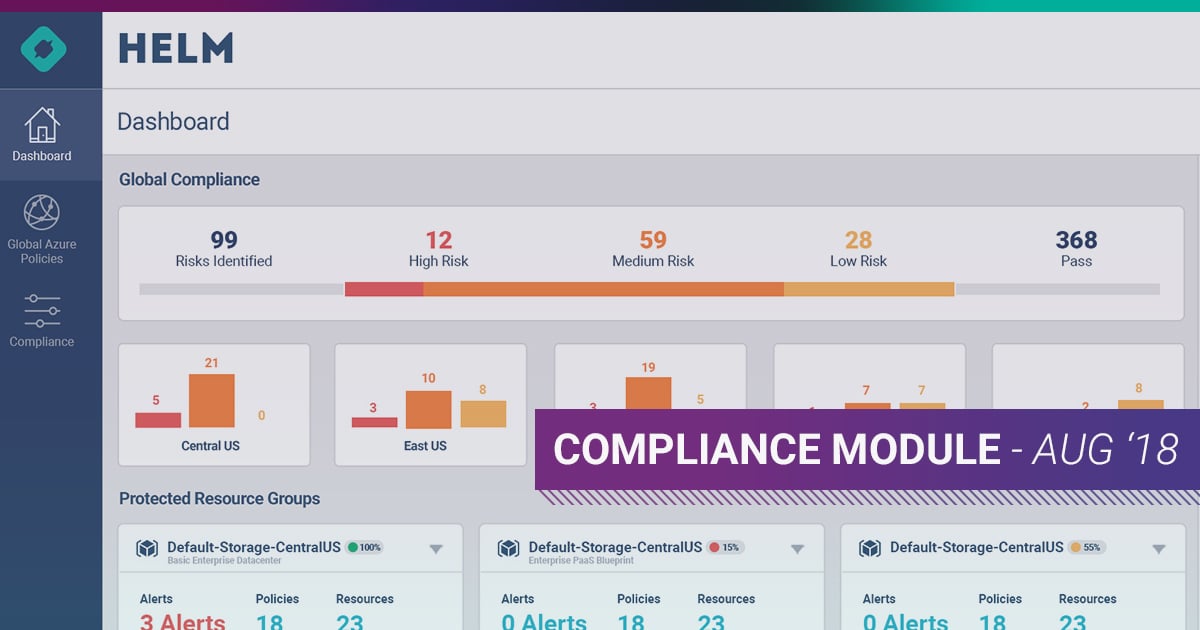 2. Regulatory compliance is simpler and less expensive in the cloud

What makes Helm's new compliance module so different is that it does it all for you. It automatically discovers the resources you're using, maps it to the relevant regulatory control and, in real-time, probes it for it's compliance posture. No more surprises, no more manual audits, no more staffing for complex audits, Helm simply handles it and displays your your real-time compliance posture in a dashboard with exportable audit reports. The module will initially support HIPAA and NIST 800-5 and will be available in late August. 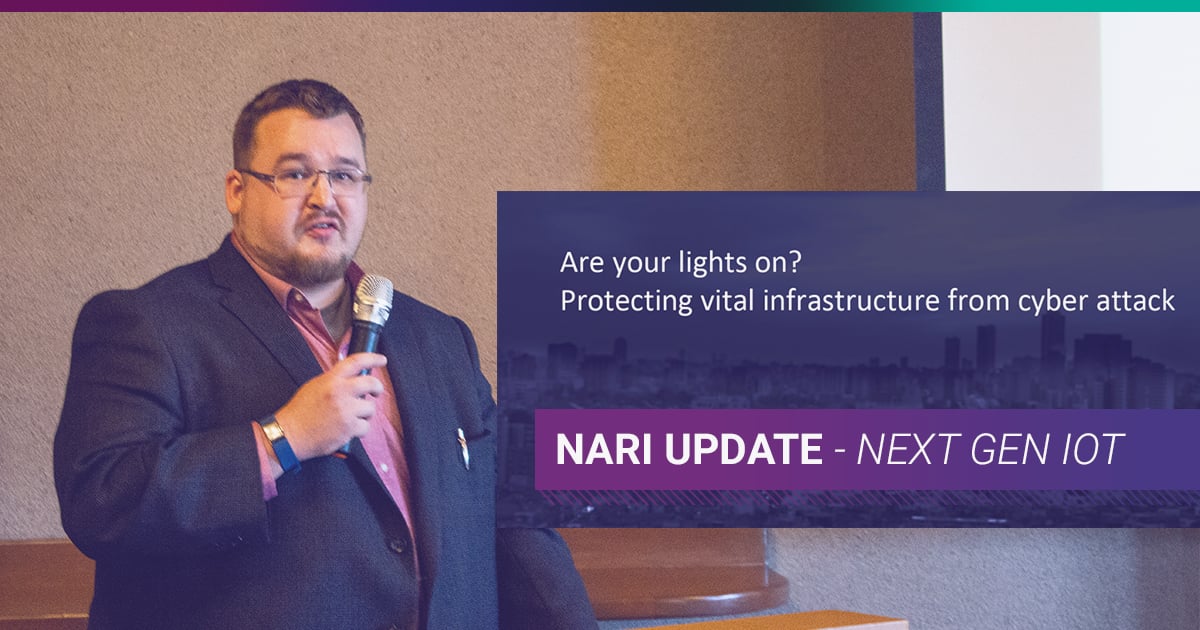 3. IoT data is defining the modern enterprise app but the cyber vulnerability of those networks is growing

Dr. Owen Redwood from the Nebraska Applied Research Institute, a nationally recognized expert on securing cyber physical systems and IoT networks. He spoke about the difference between IT (Information Technology) networks and OT (Operational technology) networks, how they're now converging through the next generation of IoT apps that interface building controls or transportation technology that leverage IT networks and apps. Bringing together old and new technology, IT and OT networks, and modern edge computing has resulted in vast cyber vulnerability of these systems.

Dr. Redwood's research is focused on simulating these OT systems and collecting intelligence to mitigate risk. But hardening modern application platforms that serve IoT based, rich data applications drastically reduces risk. Cutting corners on security with IoT is riskier than in traditional IoT because of the disparity in systems involved and a little foresight and planning goes a long way.

Hybrid Cloud in an Era of Corporate Acquisitions